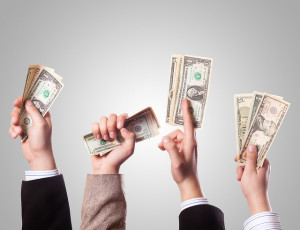 THE lengths insurance cheats go to in an effort to con money out of firms and raise the cost of premiums for the rest of us have been revealed by the City of London’s special fraud department.

From non-existent injuries to fake thefts, fraudsters use a variety of far-fetched stories to get underserved payouts, but firms have warned that they are cracking down on false claims.

Insurers uncovered an average 350 frauds worth £3.6million every day in 2014, according to the Association of British Insurers (ABI).

The trade body said that motor fraud was the most common scam, with detected cases up 12 per cent on 2013 and valued at £835 million.

However, the number of liability insurance frauds detected jumped by a huge 75 per cent with a value of £330 million.

James Dalton, ABI’s director of general insurance policy, said: “The vast majority of customers are honest, and should not have to pay for the fraudulent minority.

“Insurance cheats are now more likely to get caught than ever before, whether they are making a dishonest claim or lying when applying for cover to get a cheaper premium, and face long-lasting and serious consequences.

“As well as the possibility of serving a custodial sentence, they will find it difficult to obtain vital financial services such as mortgages and loans, future job prospects are likely to be adversely impacted and family relationships suffer.

Here are the most blatant scams that have been uncovered…