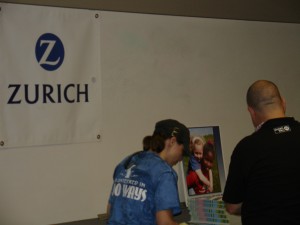 Zurich Insurance is exploring a sale of its Hong Kong and Singapore operations as it reviews its non-core businesses outside Europe, sources familiar with the matter said.

The Swiss insurer has discussed the plan with several investment banks but has yet to hire advisers, the sources said, cautioning that no deal was certain.

The Swiss insurer launched an in-depth review of its business in September after explosions at the Chinese port of Tianjin caused losses of around $275 million. It had also abandoned a 5.6 billion pound bid for Britain’s RSA Insurance after a “deterioration” in its general insurance business.

A partial exit from Asia will need the blessing of Zurich’s incoming boss Greco.

The 56-year-old executive will take over the reins in March from Tom de Swaan, who has held the role on an interim basis since Martin Senn stepped down in December.

“It’s up to Greco to take the final decision on Asia,” one of the sources said.

If a sale goes ahead, Zurich will focus on China, Indonesia, Japan, Malaysia, Australia, New Zealand and Taiwan, the sources said.