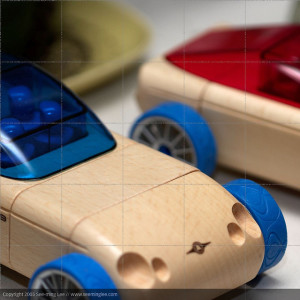 Confirming earlier reports that Google has been plotting a move to help sell consumers auto insurance in the U.S., the search giant announced this morning it’s launching a new feature called “Google Compare for Auto Insurance,” a comparison-shopping site that lets you compare the rates from different insurance providers.

Consumers who enter in this search query will see a small, gray questionnaire appear, asking for their zip code, and other information about their vehicle.

Google’s insurance partners, which include Mercury Insurance and MetLife, as well as local providers, is based on a flexible cost-per-acquisition (CPA) model, Google notes, adding that payment isn’t a factor in ranking or eligibility.

Today, Google already provides auto and travel insurance quotes, as well as mortgage quotes in the U.K., and it operates a credit card comparison site in the U.S., all of which fall under the “Google Compare” branding.

The auto comparison U.K. site has been live since 2012, but the U.S. launch has continually been pushed back. However, as of this January, Google Compare Auto Insurance Services, Inc.was licensed to do business in more than half of U.S. states, Forrester noted.

Google says that its comparison technology was built in-house, but did confirm it’s working with “many partners” including CoverHound and CompareNow as part of the quote aggregation process.

The move to offer insurance comparisons to web searchers could help Google generate additional revenue through commissions, but several of the major insurance carriers in the U.S. have been declining to work with Google on this new effort, we understand, including names like Progressive, State Farm, GEICO, and Allstate.

“Many of the major carriers are very resistant to participate on the Google Compare platform,” explains Joshua Dziabiak, a co-founder at car insurance comparison startup The Zebra.

It’s unclear how much revenue Google would generate from this auto insurance comparison site, as consumers may not be prepared to buy from an aggregator like this at present.

But for Google, the comparison site may not be just about an additional revenue stream – it could be about collecting more information on how the different insurance companies price the same risk.

“If you think about what’s going on with self-driving cars in the future, Google is really going to have to understand how insurance companies price risk because the whole model is going to change,” notes Forrester analyst Ellen Carney. “And I imagine that some component of insurance is going to be included with the car,” she adds.