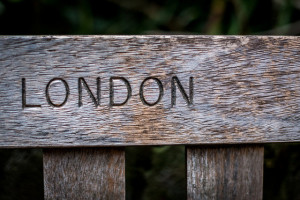 The rising demand for financial services in Asia offers many opportunities for London and Singapore to strengthen their connections for sustainable insurance growth, Ravi Menon, managing director of the Monetary Authority of Singapore (MAS) told the Insurance Institute of London in a speech at Lloyd’s yesterday (Tuesday May 12).

Menon said that in addition to strengthening and updating its regulation and supervision of the insurance industry, MAS has been promoting Singapore’s development as an Asian insurance hub.

He stressed that the demand for insurance services is growing rapidly in Emerging Asia with some estimates suggesting Asia will account for 40 percent of the global insurance market by 2020.

He identified three structural factors driving demand for insurance in Emerging Asia: Asia is getting richer, the population is getting older and the region more aware of catastrophic risk.

“Over the last 30 years, Asia has borne the brunt of natural catastrophe losses, accounting for almost half of the world’s estimated economic losses from natural disasters. Yet less than 5 percent of the losses were insured, compared to 40 percent in advanced economies,” he said.

This large protection gap in Emerging Asia presents the global insurance industry, confronting mature markets and excess capacity, with a significant opportunity to deploy capital for better returns, he said.

“But international financial centres outside Asia – such as London – with the enormous breadth of their markets, depth of financial expertise, and connectivity with other financial centres – also stand to gain from Asia’s rise,” Menon said.

“London controls more than £60 billion in premiums, which makes the London market twice the size of Bermuda, three times that of Switzerland, and more than 10 times bigger than Singapore.