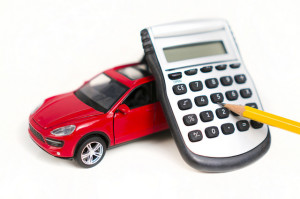 The car insurance group Admiral has shrugged off gloomy forecasts of costly claims inflation to post better-than-expected profits for the first half of the year.

Admiral said “positive claims cost development” had allowed it to release £92.6m that was set aside in previous years to cover motor accident costs, helping take its pre-tax profits up 1pc to £186.1m.

Despite rival firms complaining of a surge in injury claims, the group reported a 9.8pc drop in claims costs to £390.4m in the first six months of the year.

Like other car insurers, Admiral has been helped by the mild weather at the start of the year, which reduced accidents caused by ice and snow.

“A good start to a challenging year. Profits are up, customer numbers are up, earnings per share is up, the dividend is up … you might say it was a pretty ‘up’ first half!” said Henry Engelhardt, Admiral’s outgoing chief executive.

Cardiff-based Admiral continued to add customers, taking the total number of people on its books from 4.05 million to 4.19 million. The firm took in revenues of £1.06bn, up £20m on a year ago.

The company has concentrated its efforts on attracting customers with a lower risk of claiming, despite these drivers paying lower premiums.

Nevertheless, prices are expected to rise over the next year. David Stevens, who will take over as chief executive next May, said that bodily injury claims were now back to the levels seen before a Government crackdown on legal fees in 2013.