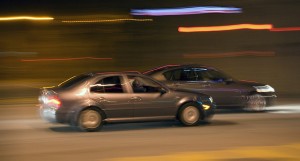 Motor insurance costs are likely to soar by up to 15% in the coming year — on top of the near 27% hikes over the past year, the country’s largest brokers’ group said yesterday.

Brian McNelis, director of general insurances at the Irish Brokers’ Association —which represents 450 big and small brokers selling insurance across the country —also warned about the inevitability of even more car insurance premium hikes until loss-making insurance underwriters start making money again on their Irish business.

The CSO’s latest figures show that while all prices have fallen 0.3% in the past year, motor car insurance costs have soared 26.7% over the same period.

Other types of insurance — such as home insurance have also risen but at the much slower pace of 6.5%, while health insurance —after hefty increases in previous years — has risen by only 0.7% over the past year. Motor bike insurance is unchanged, while travel insurance has dropped by 5.8%.

He said whiplash claims, at an average €15,000 in Ireland, were running three times higher than in the UK, while fraud was also driving up costs.

A Central Bank report last month showed that private motor premiums had fallen sharply until recently, falling by 47% and 48% for comprehensive and third-party fire and theft between 2003-2013.

But Michael Kilcoyne, deputy chairman of the Consumers’ Association of Ireland, said he was baffled by the reasons for the premium hikes.

“There is absolutely no regulation there of any kind. They can charge you what they want for motor insurance and you have no choice to pay for it if you want it.

“They argued that if the jury was abolished that the awards would drop. Juries were abolished but awards didn’t drop because the judges obviously felt that the people were entitled to them.”