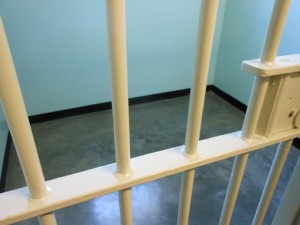 A man who was one of the brains behind a motor insurance fraud syndicate that submitted false claims of about $380,000 in relation to nine staged accidents was jailed yesterday for three years and four months.

The two other masterminds were Teo Kok Hwee, a managing director of a recruitment services firm, and Pan Weida Pepin, a car dealer.

Su, Teo and Pan would recruit car owners and drivers to make false reports stating they had been in traffic accidents, when they had not.

The trio would stage the accidents, but got others to submit property damage and personal injury insurance claims in their names.

To support the claims, Su would take photos of the damaged vehicles. He would sometimes even remove parts of a vehicle to make it look like it had been involved in a genuine accident.

In 2009, Su got Godfrey Liew Kok Hon, 41, the husband of his girlfriend’s sister, to submit a false claim when he found out Liew was having financial difficulties.

The prosecution asked for 31/2 years’ jail for Su, noting that such cases involve multiple layers of deception, and cause premiums for all motor insurance policyholders to rise. In 2013, the General Insurance Association of Singapore said it conservatively estimated one-fifth of all claims to be inflated or fraudulent, and such claims cost about $140 million a year.

Su is out on $200,000 bail, pending an appeal against the sentence. He could have been jailed for 10 years and fined on each cheating charge.

In all, 15 people in the syndicate, including Su, have been convicted.