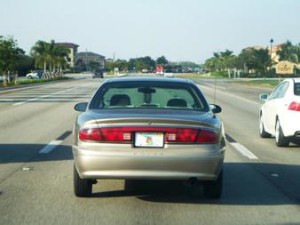 Driverless cars are coming and they will reduce the risk of accidents – so what does that mean for the future of the motor insurance industry?

New technology is already having a drastic effect on road safety.

Autonomous emergency braking (AEB), which stops the car before it hits another vehicle or pedestrian if the driver does not respond in time, has been proven to reduce low speed accidents by 20pc. And fewer accidents lead to lower premiums.

“Premiums always reflect the risk,” said Malcolm Tarling from the Association of British Insurers (ABI). “If the development of the technology shows significant impact and reduces risk and makes vehicles safer, then that of course will be taken into account by insurers.”

As the car gains more autonomy, the driver’s role becomes more like a pilot’s, monitoring the system and manually overriding the controls if necessary. Liability still rests ultimately with the driver.

But what happens when you cede control fully to the car? It sounds like science fiction, but in time fully automated cars with no steering wheelcould be cruising down our road network.

The danger of hacking

While the risk from human error will decline, automation brings new risks from larger scale threats. For instance, experts have warned that driverless cars could be hacked by terrorists.

Wired magazine has even demonstrated how hackers could cause chaos. It showed how two security researchers were able to take control of a Jeep remotely and disable its engine and brakes.

There are different ways the insurance industry could adapt to accommodate driverless vehicles, but no simple option.

“We could pass the liability straight to the manufacturer, but cars are complex things. It will not necessarily be the named manufacturer that created the part or the software that caused the accident to happen,” Mr Baker explained.

The future is not all doom-laden for insurers – there are opportunities for growth for companies savvy enough to get ahead.

Currently, the vast majority of insurance pay-outs are for third party damage or injury. But with fewer accidents and more expensive, complex technology, that could change.

“I would expect in all probability that this will put that into reverse,” Mr Baker said. “The safety elements will mean the number of people injured will go down and the compensation paid will start to go down but the vehicles will be so expensive to repair so the cost of accidental damage or for fault will start to go up.”