The LIA of Singapore recently released its industry performance for 2015 with 14 per cent increase in new business and almost $3 billion in new business premium. With a bumper crop of insurers vying for a slice of this pie, what does the future hold for insurance in Singapore? Are we in a market boom or is this a bubble that is about to burst?

Rapidly changing regulatory landscape
The introduction of the Financial Advisory Industry Review (FAIR) 3 years ago sought to raise industry standards and bring about more transparency in terms of the products and sales process. While this was on the whole, welcomed in the industry – which viewed increased regulations as a step in the right direction – it also led to an exodus in sales talent, especially in the Banking segment where sales commissions were most drastically cut.

Changing business model – direct purchase
One of the key recommendations from the Monetary Authority of Singapore (MAS) was the introduction of direct purchasing for insurance products. While the majority of insurance professionals we spoke to felt that Singapore is not ready for such a model, a number of companies have expressed interest in creating a direct purchase model for the life segment to both combat rising operating costs and bypass the problem of attracting and retaining talent.

1. Stable profiles – movements within 1 – 1.5 years are usually scrutinised and some employers have been known to request for proof of job performance / track records.
2. Strong track record – this relates both in terms of sales performance but also career progression that makes sense. For instance, opportunist candidates who make the leap for a small increment in pay will find the current market challenging. The ‘Governance, Risk and Compliance – The Singaporean Insurance Industry’ report is the result of extensive research into the insurance regulatory framework in Singapore.

– The Singaporean insurance industry is supervised and regulated by the Monetary Authority of Singapore.

– The direct placement of non-admitted insurance and reinsurance is prohibited in Singapore.

– Composite insurance licenses to carry on both life and general insurance business in Singapore are granted by MAS. 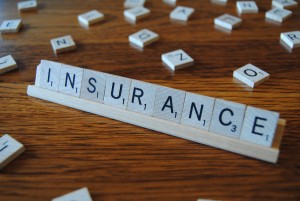 Singapore is likely to maintain its position as the pre-eminent re/insurance hub in Asia, despite the emergence of rival centres in the region, according to Axco Insurance Information Services.

There are two distinct forces driving the Singapore market, which are diametrically opposed to each other, according to Axco’s latest report. The Competition Commission is active in trying to ensure personal lines business remains as affordable as possible. At the same time, the regulator is under pressure from international financial institutions to ensure the enhanced solubility of the market by introducing stricter solvency rules and enterprise risk management regimes, said Axco.

Offshore business increased in volume from $1.5 billion to $6.1 billion in the seven years to 2013 and much of this has been driven by reinsurance in the region, according to the data. Whilst the larger reinsurers maintain offices in other parts of Asia – Hong Kong, Shanghai, Kuala Lumpur and Labuan – Singapore remains the location of choice for a single Far East regional operation.

“The implementation of freedom of services across the 10 Association of Southeast Asian Nation (ASEAN) member states which is predicted to apply to re/insurance in the next few years will further boost an already strong market.” 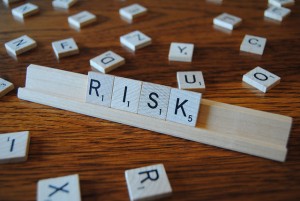 He said the markets continue to attract new entrants, especially Singapore. He also said he believes that a new player will secure a licence to write reinsurance business in Singapore from next year, which he describes as being a major new addition to the market.

“The importance of Singapore as a regional market continues to grow. It has developed itself into a Lloyd’s-style marketplace. Singapore’s regulators have created a user-friendly location for insurers, and Lloyd’s itself regards it as a key marketplace. Twelve to 14 years ago there were three Lloyd’s syndicates there. Now there are 24,” he said.

He added that the market is mature in the way it views and handles claims. Crawford has a presence across 12 countries in the region, from India to Japan. It has large operations in what he calls the sophisticated markets of Singapore, Hong Kong and Malaysia but sees opportunities in some of the less developed places.

He adds that China also has enormous potential, due to the sheer number of people there.

“It is the second largest insurance market in the world, mostly concentrated in motor insurance, but insurance penetration rates are remarkably low.

“A good example of this was provided by the recent Tianjin disaster, where there was a great deal of commercial insurance claims, but not so much in terms of domestic insurance,” he said.